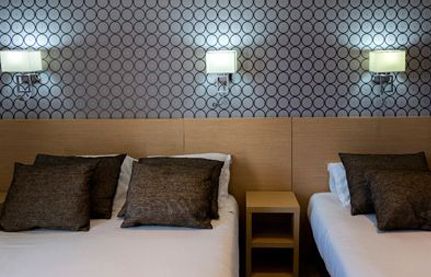 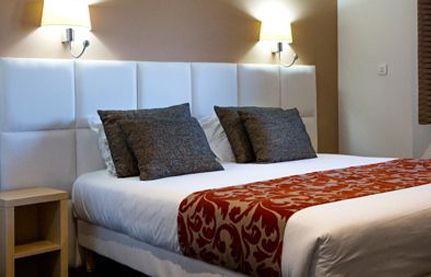 Its reputation is well established and Porto-Vecchio is undoubtedly a mecca for island tourism. From the charms of the citadel, to traditional animations and events, the extreme south of Corsica offers you everything you want! It is time to come and discover and organize your next stay…..

In the 16th century, to protect itself from barbarian invasions, the city of Porto-Vecchio was surrounded by fortifications. The citadel is protected by five bastions, the most imposing of which was once called “Bastione della Marina” where the Bastion of France was built by the Genoese in 1542. Its role was to provide 24-hour surveillance of the port, thanks to its round courtyard and strategic watchtower. Now renovated, the Bastion de France hosts many cultural events and exhibitions, and from its terrace on the roof, you will have an exceptional view of the town and its surroundings.

The Bastions
At the opposite corner of the Bastion of France, on the mountain side, is the San Giorgio Bastion, named after the rich and powerful office that administered the island, which was later renamed “U Mulinu a Ventu”. Facing it is the Bastion of the Palace, a former barracks of the Genoese garrison and the governor’s residence at the time. You can see his watchtower from Casanova Street. The San Antonio Bastion, on the sea side facing the Bastion of France, overlooks the oldest fountain “A Funtana Vecchia” and is characterized by a hole said to be due to a cannon fire from Sampiero Corso, a soldier in the French army under Francis I. The fifth Bastion, called the Bastion de la Porte, faces the sea and is only visible from the marina.

The church of Saint John the Baptist

Located in the heart of the citadel, the church was built in the 19th century on the foundations of a Genoese church. The town was repopulated by country and mountain people following the ravages of malaria, and for this reasonthe granite bell tower is identical to that in the mountain village of Quenza. The interior, in Baroque style, is rich and elegant: there is a Carrara marble altar, beautiful stained glass windows, an imposing organ and the Processional Christ from the 16th century. Just opposite, the Santa Cruce chapel, dating from the 17th century, is the chapel of the only Corsican brotherhood in Porto-Vecchio. It was also the “Casaccia” or house of the poor.

A mecca for tourism

In summer, thousands of tourists take to the historic heart of the old town of Porto-Vecchio. The citadel is home to many glaciers and restaurants, offering all types of cuisine from around the world. Between late June and mid-September, the town is entirely pedestrian for late-night shopping, with all shops open until midnight or even 1am. You can spend a pleasant moment strolling through the typical alleys or party in one of the many bars that set the summer evenings on fire. The town centre has just been completely renovated: come and see!

Porto-Vecchio is a dynamic city. Many events are organised, testifying to our Corsican traditions and customs. So don’t miss the Easter procession walking through the city with lit torches, the music festival on June 21, the fireworks display on July 14 and the big popular ball on the port, the traditional Luddareddu festival on July 31, the Assumption festival fireworks display on August 15 and the Fiera di Portivechju in mid-September. Every Sunday, the food market takes place and twice a month a textile market is held next to the port.

Unmissable in the far south

Throughout the season, concerts and exhibitions are organised for visitors to enjoy and an agenda is available at the reception desk of Hotel Le Mistral to inform you of events not to be missed. Our region also invites you to discover our local products: cheeses, wines, delicatessen, olive oils, honey and sweet delicacies which are our pride and constitute our gastronomic heritage. Finally, proud of its exceptional coastline, Porto-Vecchio boasts the most beautiful beaches on the island, a unique preserved and natural heritage!